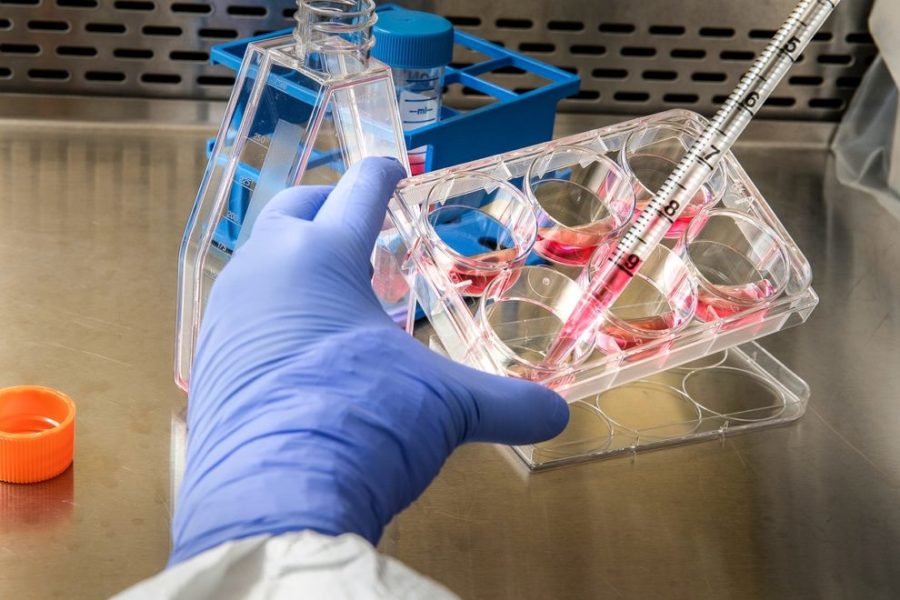 Monkeypox has recently gained attention from the U.S. government. President Biden says people should be concerned, but it's not as serious as COVID-19.

For the past two years, the world had to deal with the COVID-19 pandemic. Just when things were getting back to normal, a new virus appears- monkeypox.  After a few cases have popped up across the globe, people are concerned.
Origin
Monkeypox is a rare virus that comes from the same family as smallpox. The virus was discovered in 1958 in a laboratory testing colonies of monkeys. The first human case was identified in 1970 in the Democratic Republic of the Congo.

Currently, there’s an outbreak in Europe and two cases were identified in the United States. Health officials have little to no idea where the virus spread. The concern is starting to grow as more cases are being reported.
Transmission
Monkeypox spreads to people from infected animals. Fortunately, human-to-human contact is less common. In fact, the CDC reported, “The main disease carrier of monkeypox is still unknown, although some experts suspect African rodents play a part in transmission.”

If human-to-human contact causes the virus it’s usually through prolonged face-to-face contact and respiratory droplets. Monkeypox can also spread through scratches and blood.

Additionally, the virus can spread through contaminated items. Britain’s Health Security Agency noticed the country’s latest cases have spread among people who identify as LGBTQ. Although, monkeypox is not a sexually transmitted virus.

Scientists are unsure if the rate of transmission has increased during this outbreak. If transmission enhanced, that could be a reason the virus is spreading through more cities.
Symptoms
Monkeypox’s symptoms are similar to that of smallpox. Fortunately, monkeypox symptoms are milder.

First, the virus will begin with cold-like symptoms and swollen lymph nodes. Some of the earlier symptoms include fevers, chills, and fatigue. In worse cases, rashes develop on the face and genitals. Itchy lesions can form across the body until they become scabs.

Individuals infected with the virus begin experiencing symptoms seven to 14 days after infection.
Is monkeypox fatal?
One in every ten cases of monkeypox will result in death. Medical researchers have discovered two versions of the virus. One strain was identified in the West African clade, while one was located in the Congo Basin clade.

The form of the virus from the Congo clade is more fatal. Unfortunately, we don’t have enough data to draw appropriate conclusions but the outbreaks seem to be connected with the strain from Africa.
Is monkeypox a growing concern?
Jimmy Whitworth, a professor of international public health at the London School of Hygiene and Tropical Medicine, stated, “This isn’t going to cause a nationwide epidemic like COVID did, but it’s a serious outbreak of a serious disease – and we should take it seriously.”

Despite the risk for monkeypox being low, medical expert Anne Rimoin thinks we should stay cautious. Medical advisers agree that after smallpox was eradicated, countries stopped vaccinating kids. For people vaccinated years earlier, their protection may not be as secure. There may now be a population of people who don’t have immunity to monkepox.

Scientists also agree that the virus can become a global threat if more people get infected. NPR wrote, “In other words, the more time the virus spends inside people, the more time it has to evolve. It could possibly figure out how to spread more quickly among people. Scientists are keeping a close eye on its route of transmission.
Previous outbreaks in the U.S.
A case was discovered in Massachusetts this year. Interestingly enough, there were cases reported in 2021. “Texas and Maryland each reported a case in 2021 in people who traveled to Nigeria.”

In 2003, monkeypox was identified across six different states. Medical officials linked the cases to prairie dogs that were infected after being exposed to small mammals from Ghana. It was the first time humans outside of Africa were diagnosed. Luckily, zero deaths occurred.

47 people caught the virus, but the disease never spread to another person.
Government decisions
The United States government is currently releasing vaccines from its stockpile. Officials agree that the general public doesn’t need to be vaccinated. The vaccines will be given to small groups of people who have been exposed. President Biden reassured Americans by explaining that the vaccine is effective and the U.S. has a lot of it.
Nurse Beebe’s statements
Nurse Beebe from Colonia High School explained, “I think we should be concerned because its a virus and they spread. Once it spreads, it reaches state to state.”

When asked why the 2003 outbreak didn’t spread, she explained, “It could be that the virus was contained in that area, and that’s why it wasn’t spreading. We may have been admitting less people back into the country in 2003.”

Beebe also urges people to go to the doctor when they are sick. “People also tend to not go to the doctors when they may be sick, whether that’s because of ignorance or insurance. I’ve seen many kids who are sick here and parents send them to school with rashes.”

Viruses don’t truly have a cure. Unfortunately, you’ll have to let it set its course. Beebe also thinks there won’t be another lockdown because the United States lost a lot of money. She thinks it would be better if we isolated people who test positive for monkeypox. “Be careful, wash your hands frequently. If you have any sores seek treatment and keep good hygiene.”
Student concerns
Matthew Messina, a student at Colonia High School said, “I’m not too concerned right now, but if it spreads more I will do more research.” Messina worries that if it gets worse, there could be another lockdown. He said, “Families can stay healthy by washing their hands and maintaining good hygiene.”

Another student, John Kucel stated that he’s not worried, ” because whatever happens will happen.” He goes on to explain why other people would be worried. He said, “It’s similar to COVID because the virus is moving to different locations at once.” Kucel also explained, “There’s not much we can really do. We can just try to stay healthy.”