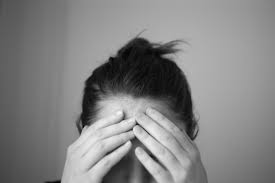 John Lennon once said, “He who holds grudges against people will never truly be happy until he has forgiven and let go of that anger by the best possible means.” This poses the question of whether holding grudges is worth it or not.
What is a grudge?
A grudge is harboring feelings of anger, sadness, confusion, and emotions of the sort against people(s) for something in which they did. In the process, one is holding negative feelings and recalling past events. Psychotherapist Angela Buttimer related holding grudges to “drinking poison and expecting the other person to get sick.” This means that by holding onto someone’s past actions, you’re hoping that they will continue to feel sorrow for what they’ve done. In reality, the other person more than likely does not care, and you’re making yourself suffer by holding the grudge.
Negative effects
Holding grudges has adverse health effects. Stressing over the past causes people to physically make themselves sick. When holding a grudge, your mind is replaying an instance over and over again in your head. This causes your brain to dissociate when the event actually happened, and it feels like you’re constantly reliving it no matter when it occurred.

This causes inflammation in the body and an increase in the stress hormone cortisol. This leaves no room for the “happy chemicals,” serotonin and oxytocin, in the nervous system. An increase in cortisol relates to higher blood sugar, digestive issues, heart disease/attacks, anxiety, and depression. Of course, stress of all kinds causes an increase in cortisol followed by those medical issues. However, holding grudges and constantly dwelling on the past can dramatically alter one’s mental and physical health.
Holding grudges
Science, and even religion, point to the fact that holding grudges is bad. Matthew 6:14 in the Bible states “For if you forgive men their trespasses, your heavenly Father will also forgive you.” The Quran talks about forgiveness, as does the Torah. Maybe holding grudges is bad, but forgetting the actions of others isn’t.

I’m a firm believer that if someone wrongs you bad enough, it’s certainly okay to forgive but never forget. Don’t let someone take your kindness and generosity for granted. Don’t allow them to treat you poorly. Most importantly, don’t abandon your personal morals – treat them with as much respect as they give to you.

I can’t lie- I’m plenty guilty of holding grudges. I tend to hold onto the past if someone has treated me wrong. I’ve spent too long being a doormat for others, and I promised I wouldn’t let others take me for granted. There are many people I simply won’t talk to because of their actions. However, everything that doctors warn that can come from holding grudges happens to me. I experience bad headaches and stomach pains when thinking about instances that anger me. It does give me anxiety and leads me down a deep rabbit hole of overthinking.

I’m not going to say that everyone has to forgive those who have done them wrong- we are human and feel things deeply. When people hurt us, we internalize it, and sometimes those feelings cut deep. At the end of the day, if you’re able to forgive others, you’re a strong individual that should be praised. It’s easy for others to say “Get over it! It’s not that important!” However, it is important- your feelings are very important. In life, things are going to break you. For those of us who sometimes hold onto the past a little too long, things will heal with time, and hopefully so will you.