Many parents are to tough on their children 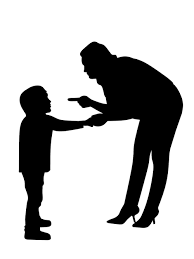 According to today.yougov.com, "Americans overwhelmingly agree that parents should be at least a little strict with their children."

Parents enrolling their kids in tennis from a young age
Many parents are very tough on their children when it comes to playing tennis, especially from a young age. Statistically speaking many kids are pressured into playing from when they are young which can cause burnout.
The Intensity of tennis
Tennis is one of the most challenging sports physically, mentally, and socially. Getting better means putting in many hours of practice. Players must train to be strong athletes and be able to deal with challenging situations on an individual level. Tennis players often have draining schedules due to tournaments and clinics. Due to challenging demands many players become burnt out especially at a junior level. Parents can also have a significant impact which needs to be talked about.
Young kids getting injured
Research shows that children who are younger than eight years old should not be getting into intense training. If they do then they could get injured or even worse it could harm their development. Instead of doing hardcore training, children should focus on having fun in tennis. This will help build up their stamina and most importantly their love for the game.
Experiencing Burnout
Tennis burnout is when a child becomes physically and emotionally exhausted by tennis. Parents believe that starting their children young gives them an advantage in the game. At a young age this can become tedious. These kids will feel the pressure of their parents to keep going. In many cases this means the child plays tennis to please their parents rather than for their own personal enjoyment.
Internal and External Pressure
Kids already put a lot of pressure on themselves because they want to play well. They want to win and compete well in all of their matches to improve their results. They know that they work hard and their coaches have put in a lot of time and effort into them. They also know that their parents have sacrificed a lot of time and money for them. Everyone is depending on them to perform.
The “if you win it’ll help” mentality
Parents will say things that might not seem harmful. For example parents will say “if you win this match, you will make it to the finals.” This might seem inspiring and nice from an outside perspective. But this is not inspiring, it puts more pressure on their child to the point that they don’t play as well. Some parents even go as far to say “If you win this match, you get an extra 134 ranking points and they believe this will help their child perform better.
Lack of social interaction
Young kids that are playing at a serious level also usually do not have any form of a social life. Their whole world revolves around tennis and training. That is not healthy for anyone and can lead to self-isolation and depression. This also could cause social anxiety due to lack of interaction with others. Overall this leads to many issues in the future for them.
Letting your kids have fun
Parents need to let their children be happy and not force them into playing tennis. Putting pressure on their kids will only be a disservice to them in the future. Parents should let their kids have fun from a young age and enjoy. This will make them appreciate the game rather than spite it.