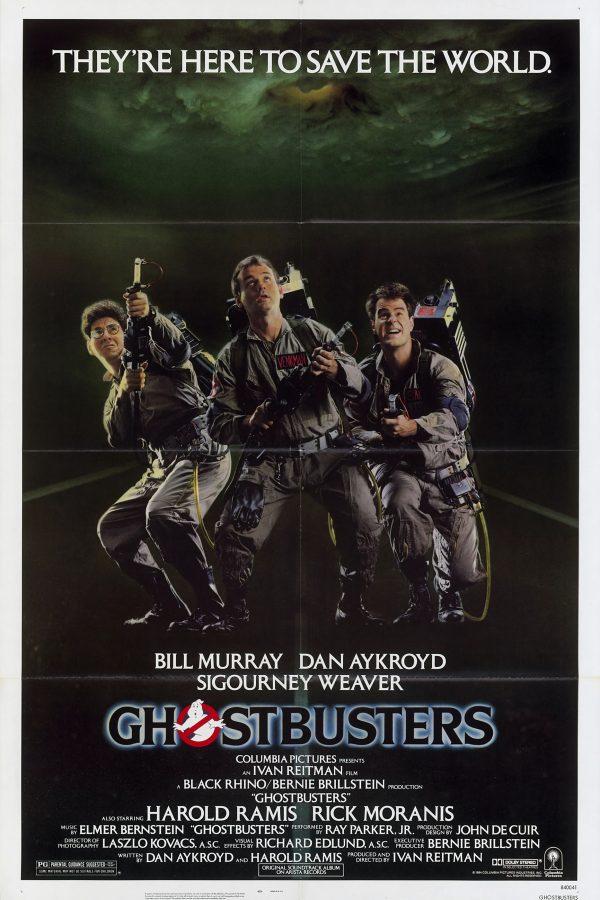 Photo Credit: Photo via www.oscars.org under The Creative Commons License

Nothing to do on a Saturday night? grab some friends and watch “Ghostbusters”.

Ghostbusters is fun for the whole family

They swept fans off their feet in 1984 and 32 years later Ghostbusters directed by Ivan Reitman, is still getting scares and laughs out of fans young and old.  but will it remain a classic forever?

When you think of a Halloween film, horror is the first thing that pops into everyone’s head. However Ghostbusters is different, it’s a Halloween themed comedy.

The movie follows Dr. Peter Venkman (Bill Murray), Dr. Raymond Stantz (Dan Aykroyd), and Dr. Egon Spengler (Harold Ramis). After being kicked out of a prestigious university, the three men encounter a ghost at the local library. After now viewing  the supernatural they decide to battle paranormal activity across New York .  At first the men are the joke of the city but after Dana Barrett (Sigourney Weaver) encounters one  the busting business is in full swing.

Overall, the film was very good and is one that the whole family should see. However, some of the jokes may not make any sense to younger viewers  but the action throughout will keep them entertained.

Ghostbusters takes several chances in the film such as using big words to explain science details.  With these chances the film does an amazing job and almost adds to the humor in some cases.

Another positive in the film is the music. The film plays different piano chords for each supernatural encounter, it creates a great suspense for the events to come. However, with all good films there is a flaw, and Ghostbusters is no different.

Ghostbusters is a fantastic movie, however, it contains many cliches.  Social-outcasted male hits on hot girl he will never get  . . . cliche.  Guy who ruins all the fun . . .  cliche. And every ghost cliche know to man. Of course, what film from the 80s isn’t complete without a montage.

At a midpoint in the film is the introduction of a character named Winston. Winston unlike the other Ghostbusters is not a scientist. He joins for the money and as smart as that is, Winston feels almost unneeded.  He plays a decent role in helping out the Ghostbusters but because he is thrown into the mix so quick, not much is know about Winston and you sort of just have to go with it.

The special effects aren’t anything  special either. The creatures  look almost copied and pasted onto the screen, the ghosts look a little better but you spot that they are unrealistic right away. However in defense of the film it came out in 1984, special effects in films today are much more improved.

Ghostbusters is a film the whole family can enjoy. While not a scary film, Ghostbusters is supposed to be a comedy and does so very well.  Despite some flaws I recommend that everyone goes out and gives Ghostbusters a shot.