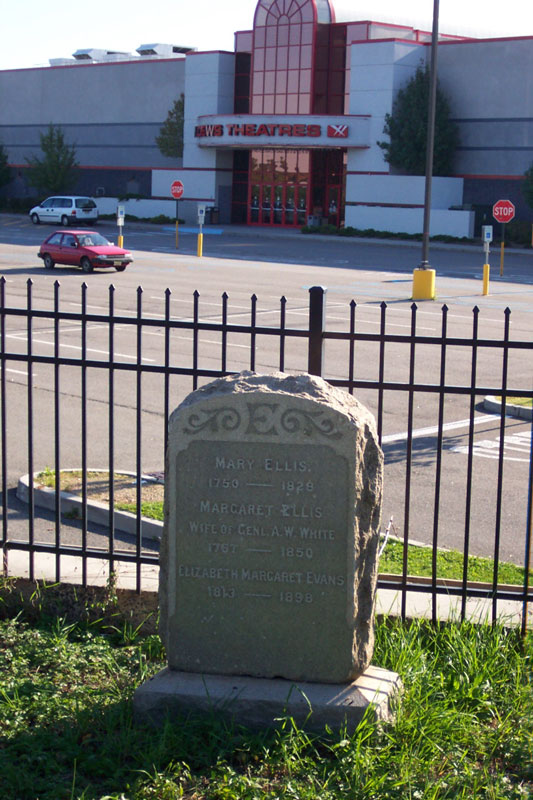 Mary Ellis’ grave has a lot more history than you’d think. Her story is more emotional, than it is haunting.

Mary Ellis’ grave is a sentimental monument with a bizarre background

The movies can be a great choice for a relaxing day out. You find yourself trapped in a world unlike yours for a good couple of hours. Families and friends gleefully discuss the film as they leave their auditoriums, respectively. What if you went to the movie theaters knowing there was a woman’s grave behind it?

A grave is located behind an AMC Theater on U.S. Route 1 in New Brunswick. Try enjoying a flick now. The story follows a woman named Mary Ellis who grew up in the 1700s. Ellis came to New Brunswick in the 1790s to stay with her sister Margaret. At the same time, she fell in love with a sea captain. One day the captain sailed out to sea promising Ellis they’d meet again. Lovestruck Ellis would ride the captain’s horse to what is now Livingston Avenue, down to the banks of the river to search for him. She’d hope her partner would return.

Unfortunately, this was not the case. Weird N.J. stated, “In 1813, she purchased a parcel of farmland overlooking the river from which she would maintain her daily vigil. Mary died there fourteen years later in 1828, faithfully anticipating her captain’s return. She was buried on the property, and was eventually joined by with her sister and other family members, and according to local lore, the captain’s horse.”

Once the Route 1 Flea Market closed down, the parking lot was remodeled, The area turned into a movie theater known as the Loews Cineplex. Furthermore, Ellis’ grave rose even higher. Weird N.J. said, “till parked in a prime spot, Mary’s grave has been given a new retaining wall, and a few small trees have even been planted close by. The final resting-place of Mary Ellis seems to have been given an extended lease.”

In addition, this story may have been the inspiration for the 1972 hit-song Brandy (You’re a Fine Girl) by the band Looking Glass. There’s a rumor the band was founded at the Rutgers campus in New Brunswick. The song was about a woman named Brandy who was in love with a captain who couldn’t leave the sea. Sounds strangely familiar.