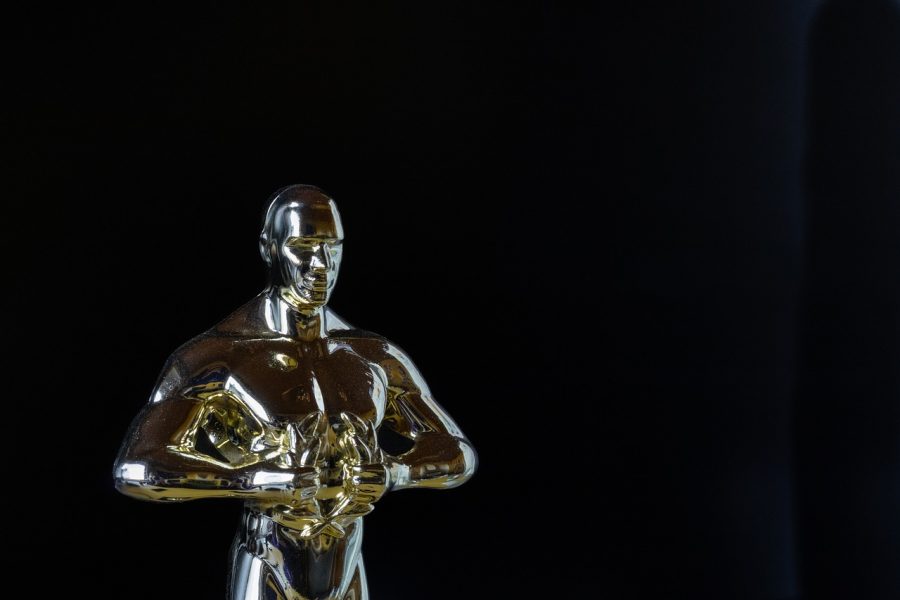 The Oscars takes a dark twist with poor jokes being made about illnesses which lead physical violence. Was any of it necessary?

During the live Oscar award ceremony on March 27, jokes went too far and resulted in Will Smith slapping Chris Rock over a joke about Smith’s wife, Jada Pinkett-Smith. Pinkett-Smith publicly announced in 2018 that she was diagnosed with alopecia, an autoimmune disorder that results in bald spots and hair loss. In Rock’s joke, he compared to Pinkett-Smith’s shaved head to GI Jane.

Since the slap, many people including celebrities in attendance have chosen sides. Some feel that Will Smith’s family was joked about too much during the Oscars and that Smith’s actions were justified. Some feel that Rock making fun of Pinkett- Smith’s autoimmune disease crossed the line and that Smith was right to defend his wife. Others view the slap as assault and feel Rock should have pressed charges. And , then there are some that feel it was staged.

No matter your stance on the subject, the Academy Awards has banned Smith from attending The Oscar’s for the next 10 years. He can be nominated for an award and can still win an award but cannot be in attendance to accept the nomination or award. With this, some people feel the punishment is appropriate whereas others feel it is too harsh.

The following articles take opposing view points on these issues.

Jada Pinkett-Smith as the butt of the joke 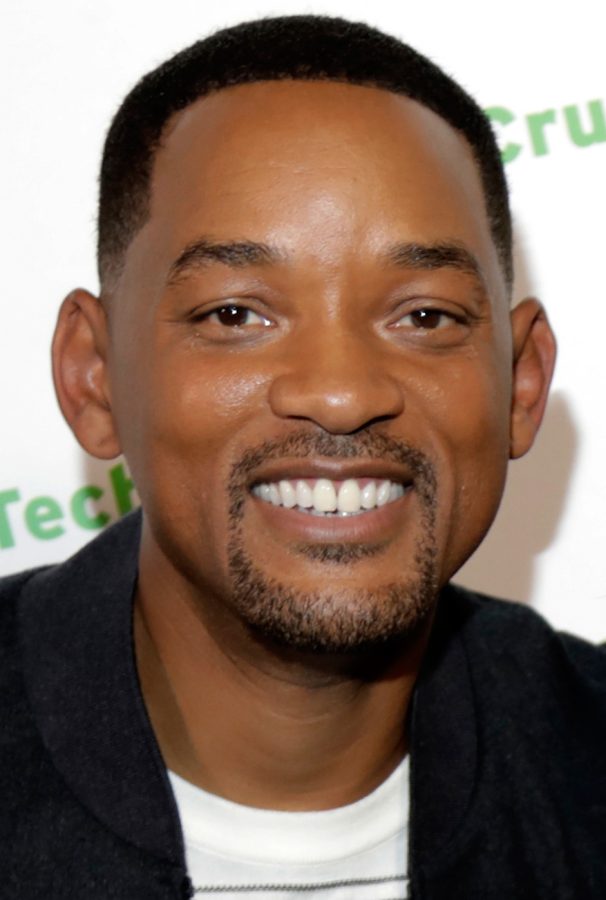 After Will Smith slaps Chris Rock on live TV, Americans are debating the justification of this “hair joke”. Either way, society views violence as acceptable until black women are the butt of the joke.

Alopecia areata, better known as Alopecia, is an autoimmune disorder in which the immune system attacks the hair follicles. In other words, it causes patches of hair to fall out. The heat used for hair straightening and tight updos are the main causes of this condition. Allina Health estimates that 1/3 to 1/2 of all black women have experienced hair loss.

Alopecia isn’t a serious medical condition but it takes a toll on self-esteem and mental health. In a 2018 episode of Pinkett-Smith’s Red Table Talk, she shared the anxiousness in the early days of her condition. “‘It was terrifying when it first started,’ she said. ‘I was in the shower one day and had just handfuls of hair in my hands and I was just like, ‘Oh my God, am I going bald?'” Billboard writes on Jada Pinkett-Smith.

History of Hair in the Black Community

According to Marin Independent Journal, “Hair is a big deal among African American women in a way that it isn’t for others. When I was growing up, my older relatives told us, girls, that our hair was our ‘crowning glory.'”

The history of African hair grooming can go back as early as the 15th century. In ancient African civilizations, hair symbolized family backgrounds, religion, tribe, and marital and social status. During the 16th and 20th-century transatlantic slave trade, hair traditions were brought along. This included the use of combs for textured hair.

Effects of Hair in the Black Community

To fit within the White American society, African Americans were pressured into straightening their hair. The hair comb modifies into the modern hot comb. A hot comb uses the combination of heat and the comb’s teeth to straighten textured hair from the roots to the tip. Straightening hair can cause damage in the long term.

Throughout the Civil Rights era, Black Americans began to sport the afro: a rounded hairstyle using a more “natural” hair shape with the help of the right products. To this day, an afro represents black pride and the rejection of assimilation into white society. People with textured hair face discrimination daily. Black and African Americans face racial profiling using cultural styles compared to when straightened. Some find these styles unprofessional even with their cultural and overall health significance.

In the annual 94th Acadamy Awards, Chris Rock said he is excited to see Pinkett-Smith in the “G.I. Jane” sequel. Rock referred to Pinkett-Smith as G.I. Jane, a bald character.

On the other hand, the documentary Good Hair was Rock’s response to his daughter’s question: “Daddy, why don’t I have good hair?” A question many children with textured hair ask in comparison to straight hair. Released in 2009, the movie explores the significance of hair in cultures of color.

Texturism and the importance of hair play a huge part in the black community. Black women experience this most often. He wonders how she got that idea. Summarized by Roger Ebert, Rock discovers that some younger children already have their hair straightened. In conclusion, Rock says that this is a bad message to give to black children. He speaks to black female icons about their hair. He includes legendary poet Maya Angelou and celebrities such as Nia Long, Eve, Tracie Thoms, Salli Richardson, Salt-n-Pepa, and Raven-Symone.

Race and gender is the reason for black women’s treatment. Timesupfoundation estimates for every one dollar a white man gets paid, a white woman gets paid 82 cents and a black woman gets paid 62 cents. The CDC says that black women are 3 times more likely to die from pregnancy-related causes than white women. In 2019, black women took up 12.9% of the female population in the US. According to NPR, 1/3 of all of the reported female missing cases were black in 2020.

Hollywood is known to be violent and unsafe against women. Countless men in Hollywood have received constant allegations of sexual assault. And yet they sit in formal events nominated for awards to celebrate their work.

Roman Polanski, director of The Pianist and Rosemary’s Baby, has faced sexual assault allegations since the 70s. 4 decades after his first allegation, the Oscars bans Polanski in 2018. Harvey Weinstein, a producer of the Lord of the Rings series and Pulp Fiction, still has all of his awards after being banned in 2018.

No one should have to face such public mockery. This kind of violence and hostility towards black women should be topic of the discussion. Will Smith chose to defend Jada Pinkett-Smith after an insensitive joke about a black woman’s hair. Although Smith should discuss the matter privately instead of showcasing violence, this joke should have never been written in the first place. Creating his own documentary on the importance of hair to the black community and the mistreatment of black women, Chris Rock should’ve never approved of this joke. 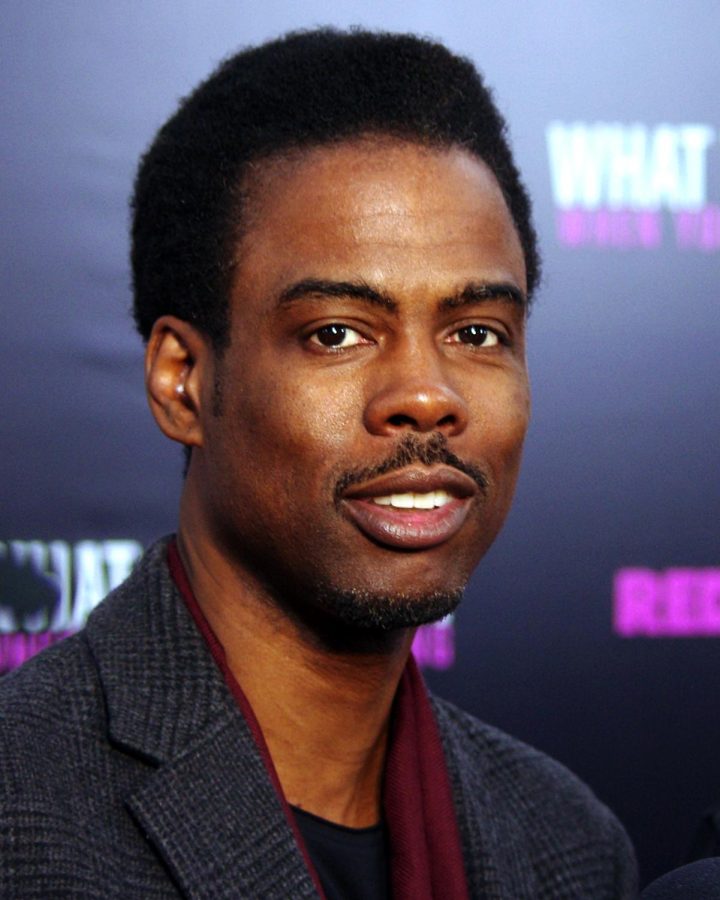 Totaling 16.6 million viewers for this year’s Oscars, viewer rates have gone up 58% since last year. Comedian Chris Rock’s started to fame began in the early 90’s as a cast member of Saturday Night Live.

The slap that made front-page media news lines everywhere is a controversial event that occurred during the 2022 Oscars on March 27th.  Comedian Chris Rock was presenting during the Oscars when he made a joke toward actress Jada Pinkett Smith, actor Will Smith‘s wife. The joke, which proved to come off very offensive, brings up the question of is a joke really enough to justify violence?

The joke, comparing  Mrs. Smith and her illness to G.I. Jane who had a buzz cut, proved to not be funny to many parties. Mrs. Pinkett Smith, who didn’t seem happy after hearing the joke that hinted at her illness, that she opened up about back in 2018, also didn’t settle well with her husband.

Her illness, called alopecia, is an autoimmune disease that attacks hair follicles and results in extreme hair loss. The illness can affect hair on the scalp along with hair all over the body. The results of alopecia occur extremely suddenly and are mostly common in men, making Mrs. Smith’s case slightly more rare.

Did the joke go too far?

Though Rock’s intention with the joke is unclear, he has come out and publicly apologized to the Smiths.  Mr. Smith has also come out and apologized to Rock via Instagram shortly after the Oscars. Something as hard for females as losing their hair isn’t something most people would find a good topic for a joke. It’s clear that many can agree with this statement.

Many celebrities have even publicly criticized the event including Judd Apatow, Rob Reiner, and Mia Farrow who referred to the incident as, “Oscar’s ugliest moment,” and, “pure narcissism,” on Mr. Smith’s part.

Mrs. Smith’s illness, that can lead to many psychological consequences such as anxiety and depression, isn’t an appropriate punchline for a televised award ceremony.  Nevertheless, the joke really doesn’t justify the violent reaction of Mr. Smith and he will receive fitting punishments.

Mr. Smith has received backlash from celebrities, and the consequences of his actions during the ceremony have only grown. He has officially been banned from the Academy ceremonies, including the Oscars, for 10 years. While he is banned from attending these events, he can still be nominated and win awards at these respected ceremonies. The banning of Mr. Smith from the Academy may seem like a harsh response to some, but to keep the organization’s professionalism and respect intact, it’s the only reasonable punishment. If the Academy had not responded in this way, many could argue that they’re dismissing the physical assault of another individual on national television.

Not only has this slap given Smith a bad look, but has also stained his family’s name. Mr. Smith’s upcoming films include “Emancipation” and a remake of “Planes, Trains, and Automobiles” are all at stake as of right now. The continuation of his roles in these films is ultimately up to the producers and Mr. Smith with how he plans to address this controversy.