In the 2002 Spiderman film Peter Parker crafts his original suit in by himself in preperation to enter a wrestling contest to win some money to purchase a used car to try to impress his crush Mary Jane.

Spiderman is a superhero action adventure movie that released in 2002 with a successful box office making over $800 million in the box office. The success of this movie allowed the character to be prevalent to this day being apart of the Marvel Cinematic Universe (MCU) and eight stand alone live action movies for the character across three different actors.

Marvel Comics’ Amazing Fantasy, no. 15 from 1962 featured the introduction of Peter Parker. Created by Stan Lee and Steve Ditko. The character appealed to a younger audience because he deals with adolescent problems, is an orphan and did not have a mentor. The qualities of Peter Parker that teens liked were his inadequacies, his feelings of loneliness and his fear of rejection.

Since the creation of Spiderman, the character has been featured in movies, TV shows, video games, novels and even a play.

The movie starts with us seeing how this story is about a girl Peter has liked since he was a child but isn`t in the right place to be with her.

Next, we see Peter meet with his pal Harry Osborn who is said to have flunked out of every private school he’s ever been to. We see that Peter has done research on his father Norman Osborn on his discoveries such as nano-technology.

We are introduced then different kinds of spiders that the scientists have been doing research on and one happened to escape and bite Peter.

Meanwhile Norman doesn’t know what to do after the general threatens to pull there funding due to a test that went wrong on a rat that genetically modified the subject to an increased strength. And without any successful human tests the project might have to close down if it isn`t successful.

Overall, I find the intro as a great way to introduce the characters to this story and how they relate. I couldn’t have introduced these characters better myself.

Next scenes we are introduced to Aunt May and Uncle Ben as Peter returns from his field trip with a spider bite. We also later get our first looks at Peters new abilities like wall climbing, better vision and increased strength.

Norman then goes out of control from these tests however due to they never were able to finish. Harry finds his dad passed out however from exhaustion and later finds his lab partner Doctor Stromm is dead and that the glider was stolen.

I feel as if this scene is great except the fact that there is too much back and fourth sequence between Peter Parker and Norman Osborn. Once one or two scenes occurs about one character we transition back and fourth between these to characters and that can make it difficult to process both characters at once.

Peter’s experience at school with his new powers

We get a first look at Peters Spidey-Senses by catching MJ and perfectly catching her lunch in the air. Next, we see that he can shoot webs from his wrist. But because he struggles to control his powers, he throws a tray of food onto Flash Thompson.

We see now the true effects of the Spidey-Sense seeing how he notices the little things from afar and how he can react to fast punches up close. We now even get to see the acrobatic abilities and heavily increased strength during his fight with Flash.

This is yet another well layered out sequence and I like how it gets right to the point on what Peter can do.

This segment off by seeing Peter in an alleyway testing his abilities by climbing up a wall and attempting to shoot out webs at the top of a building. This is the first time we see Peter and MJ have a one-on-one conversation and truly get to know what one another want to do in life.

Peter decides to enter a wrestling contest to win $3,000 to get a car so he can impress his crush. We also see the first iteration of the Spiderman suit design.

These scenes were a great way to layout how Peters abilities work and how much he loves MJ.

This is the  first look at the downfall of Normans company and also some slight hints on what is going to come out of him later on.

A great way of foreshadowing on what’s to come next.

Uncle Ben can tell the Peter is acting strange lately so he offers to take him to the library he said he will be going to. He tells Peter that he realizes he has been acting strangely and tells him something he`ll never forget. “With great power, comes great responsibility.” But even after the lecture by uncle Ben, Peter doesn`t like what he`s doing and tells him to stop acting like his father.

We see though that Peter lied and is now going into the cage fight to try to win some money. But even after he won they refused to give him his money.

Later on someone breaks in to the area and steals the money but Peter refused to stop him. While he was on the run though, he shot and killed Uncle Ben, Peter now seeks revenge against the one who kill him.

He sees the police chasing him and decides to join them. But in the process he also learns how to swing with his webs. Once Peter caught up to him, he decided to do what had to be done.

Uncle Ben’s scene was laid out well being that we not only see the pain Peter will have to endure throughout the rest of this movie but we also see why Peter has become more enraged at this time.

Peter and Harry graduate high school and are about to go out to a place in New York. Norman ends up calling Peter family after how close Peter and Harry have become friends.

I think that this scene works fine but we didn’t see much of Peter and Harry in school to warrant them graduating this early in the movies and the scene prior to this with the general’s War Machine basically had no reason to be there.

After the death of Uncle Ben, Aunt May comes to comfort Peter. Peter wishes he could’ve been at his graduation and his last moments went better with him.

Even after Peter helps crime in his newly made Spiderman suit, the community still has mixed opinions on him.

This scene shows that not everyone will appreciate for a hero for there efforts no matter how much they do and I think the ways these scenes were laid out was perfect.

Peter finds a job he’s wanted for a while by being photography and all he has to do is take pictures of himself at good angles in the Spiderman suit.

We get a bit more info between Harry and MJ’s secret relationship prior to this but I feel that is an unneeded extra storyline. But we now get to see that Peter can now get paid for taking pictures of Spiderman in which we know from earlier that this has been his dream for a while.

Norman finds out his employees are going to sell the company and fire him because they received a great deal. We see the serum kick in on how he goes through a plethora of emotions do to this information.

Oscorp industries has a unity festival in which Green Goblin later attacks. The Goblin also ends up blowing up a building and killing the Oscorp team as well with his bombs.

Next we get our first look at Norman being the Green Goblin as they discuss in the mirror.

Green Goblin now tries to reason and team up with Spiderman thinking that if they could work together they could be able to easily take over the city.

Next we see Peter, aunt May, Norman, Harry and MJ eating thanksgiving dinner.

Norman notices Peters cut however from a fight they had prior to this dinner, while they’re eating though and fully realizes now that Peter is Spiderman.

Next the Goblin attacks his Aunt to try and mess with him so he can slowly fall apart mentally to destroy him from the inside.

I think this is a perfect way to lead up the final fight and it truly shows us the building rivalry between the identities of Spiderman and the Green Goblin.

The scene prior to this just feels out of place. It starts with just an awkward conversation between Peter and MJ but ends with them making out just while he’s Spiderman. Overall I feel like there relation to one another should’ve been built up more prior to this scene.

This fight starts with us seeing MJ hostage on top of a bridge. The Goblin makes him choose between saving the children or saving MJ. He ends up saving them both in the end handing them both to a boat that was sailing nearby.

But this isn’t the end because now Spiderman has to finish off the goblin. Norman snaps back to himself however mid-fight and tries to make peace with Peter by explaining it was a whole different side of him. Norman though later sends his glider to kill him but Peter avoids it, impaling Norman instead.

This fight in my opinion was a great sequence of events and I loved how it got right to the point in the end rather then just a bunch of filler punches and kicks like other superhero movies had.

Peter tell Harry that he understands how he feels. Harry though swore on his grave that he will get revenge on Spiderman because he believes that Spiderman killed him. MJ asks Peter out though in the end and admits her love to him but Peter says no to protect her from getting attacked.

This scene was a great conclusion and perfectly leads into the following movies after this.

I think this movie was great overall, I loved the story and the pacing was just phenomenal and the cast was also just really good for the movie. The only thing I’d change is the amount of cuts back and fourth there are in the beginning with Harry and Peter but other then that, this movie was great. 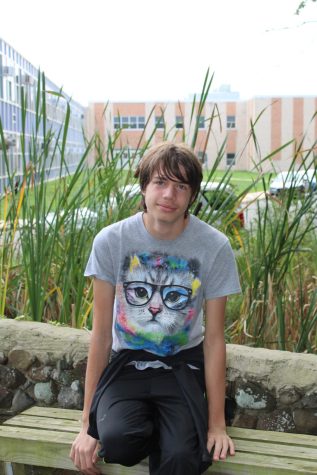 Elias Meli is a fifteen year old sophomore at colonia high school but you can also call him by his nickname Eli. He’s done research on mainly topics...

Thankful for these flicks 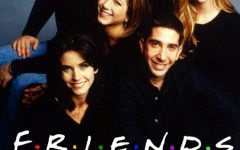 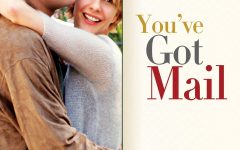 “You’ve Got Mail” is great for an autumn season rewatch 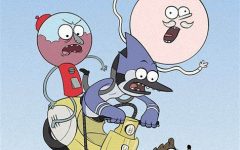 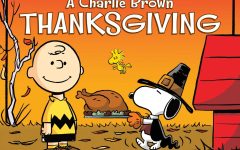 A Charlie Brown Thanksgiving is a household classic for the holidays 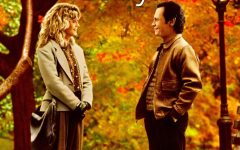 How good is the romance movie, When Harry Met Sally?