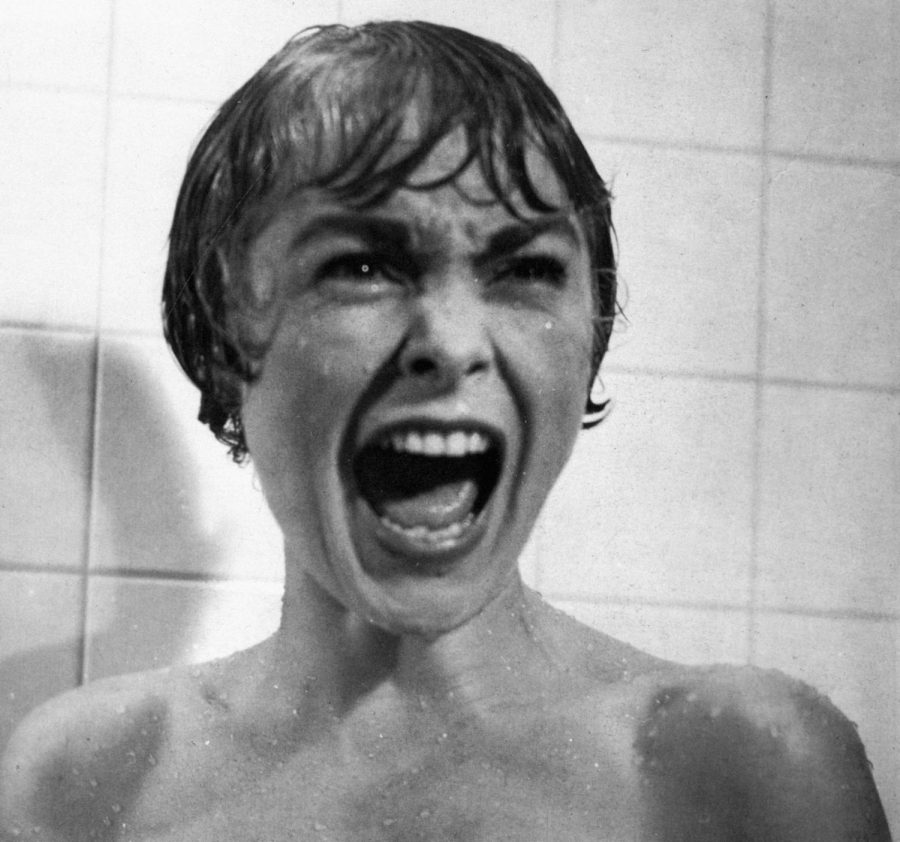 The horror movie that started it all. A film that defined a genre. Alfred Hitchcock’s cinematic masterpiece, 1960’s highest grossing blockbuster, Psycho, in black and white and at 109 minutes, is perhaps the greatest example of the evolution of the American thriller. As Halloween season looms, 57 years later, with a new silver screen screamer released every weekend, Psycho’s fright has faded. What remains, however, is a champion lesson in filmmaking.

Every October, IFC Center in Greenwich Village screens Psycho, and movie buffs from all over the nation congregate to be captivated, assumingly, for the hundredth time by Hitchcock’s murder classic. The story is, well, predictable. The special effects, by today’s standards, are lackluster. There are no guts, no gore, and no curse words. It’s only murder scene is directed without much savagery. By all means, the film should not obtain such acclaim by today’s shock-value craving, short-attention spanned film audience.

To understand Psycho’s longevity as a horror staple, one must understand the directing giant behind the screen. Hitchcock, known as the master of suspense, had garnered a reputation in Hollywood as being a neurotic perfectionist. Throughout the production of his films, the Englishman worked meticulously, sometimes to the point of exhaustion, to perfect every minute detail of the scenes he taped. Actors he hired were at times driven to madness by his rigorous and exhaustive style. This Hitchcockian methodology is evident at every turn throughout Psycho.

To start, the film begins by introducing Marion Crane, a young and ambitious real estate secretary, whose life is stalled due to her boyfriend’s staggering amount of debt. Crane, an unconventional femme fatale, is driven to steal $40,000 and embark on a rushed getaway via a stolen Ford Mainline. From here, the plot progresses with ease, as the viewer is taken on a journey through the final hours of Crane’s ill-fated life.

Hitchcock’s brilliance is first witnessed through Crane’s infamous initial interaction with Norman Bates, owner of the Bates Motel. Anthony Perkins, who plays Bates, the psychopathic, loner taxidermist, delivers lines with exact precision as he manipulates Crane into staying at his hotel of horrors. The hotel office is artfully decorated with spooky items, including the severed heads of animals he’s killed. Dark shadows are cast to create an eerie, sinister environment- a classic Hitchcock technique.

The proceeding scene may be the most famous in all of horror history. Forever ingrained in the national film psyche, Crane’s murder by Bates is the signature achievement of Hitchcock’s career. The reason why this two and a half minute segment holds a candle to, if not reigns superior to, every single movie murder scene to follow it, is because of its unparalleled artistic value. Even though the viewer expects Crane to be killed, the psychological terror the scene creates, still gets the heart racing. Every tiny detail was punctiliously put together by Hitchcock to create this effect.

Crane enters the shower and starts lathering her body. She has an epiphany and decides to return the money she has stolen. The shower’s water surrounds her, symbolizing her rebirth from criminal to praiseworthy money-returner.  Just a few short seconds later, a dark figure is seen approaching from behind the somewhat translucent, plastic shower curtain. Crane is oblivious, continuing to merrily bathe. Suspense builds as the figure gets closer and closer, the viewer now fully aware of what’s about to occur.

And Bates strikes! He (or his mother?) rips open the shower curtain, the most menacing music booming and screeching. Crane lets out the most terrifying, helpless scream. Bates attacks her swiftly, poking and prodding her again and again with a large butcher knife. And just like that, in a matter of seconds, Bates escapes, leaving his victim with one hand gripping onto the shower wall. She slowly, and lifelessly, falls over. The viewer watches as the shower water slowly turns red with blood and travels down the bath brain. Next, for almost twenty whole seconds, a camera zooms closely in on Crane’s lifeless eye. The picture zooms out moving clockwise, just as her blood had circled around the drain.

In an odd way, there is something aesthetically pleasing about the whole encounter. Hitchcock shot the scene using 77 different camera angles and 50 different cuts. The combination of hectic camera movements and extreme close-ups gives a sense of intense pandemonium. Crane’s emotions are thick and palpable. A shrieking, demonic symphony serves as a backdrop to it all, making the viewer feel attacked themselves. The psychological aspect of Crane being killed while at peace- alone with bathing, is startling to any viewer.

While the latter part of the film concludes the mystery behind the figure who attacks Crane (spoiler: it’s Norman Bates dressed as his mother!), the infamous shower scene is never forgotten in the minds of viewers. Hitchcock managed to outdo even himself. The extreme close up of Crane’s spiritless eye remains imbedded with the viewer. The irony is unbelievable. The end of Crane’s life began with her naivety and inability to see Bates for who he really was; it finishes with her unobservant eye soulless on the bathroom floor.

Together, all of these remarkable film aspects working concurrently in such a short amount of time is what gives Psycho its strength. Hitchcock managed to infuse artistry in the form of groundbreaking cinematography into a simple horror film. Furthermore, the characterization and interplay of murderer and victim is spell-bounding. Such depth in films with with scare is unprecedented. Hitchcock’s Psycho is the penultimate horror classic, for these reasons, not because of its overt brutality, but because of its slow, purposeful suspense and forced apprehension.

In addition, ironically, much life can be found in a scene so consumed with death.  Crane’s murder was revolutionary as it was the first time a film murder had been directed so realistically. Audiences, in 1960, had never seen a movie like Psycho, which used suspense and surprise to play with the mind. The controversy that surrounded the film was mostly centered around the fact that Crane was killed while nude. The sexual and violent motifs Hitchcock capitalized on  made Psycho the talk of just about everyone.

Credit must be given to Hitchcock for creating the modern horror film murder- all thriller classics following it, in some way, have been inspired by Psycho. That is the true reason behind the movie’s lasting power and relevance today. Psycho was the first taste of true horror for American audiences and served as the catalyst for the creation of scary-movie culture. While it may not be spine-chilling by modern measure, Psycho’s hybridization of violence and art was revolutionary in its time. Plus, the Hitchcockian style in which the film’s famous shower scene was taped was successful in psychologically terrorizing society for generations. Finally, for that reason, this Halloween, it is awarded five pumpkins for outstanding horror feature!