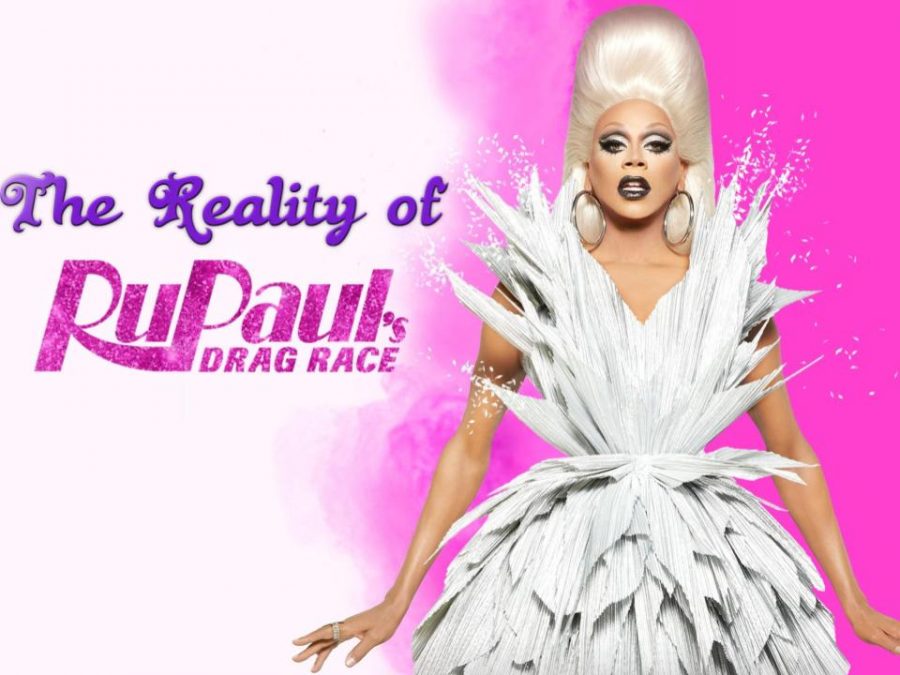 Because of his success as a drag queen, RuPaul Charles has won many awards and been featured in mainstream media.

The reality of RuPaul’s Drag Race

RuPaul’s Drag Race is a reality competition show that aired in 2009. It is going onto its 11 season this spring. The show has received many awards and brought drag into mainstream America. Although this show seems very real with the quarrels among contestants and challenges, some aspects aren’t actually real. But what is real is the impact of the show in America.

This show starts out with 11 or more queens (depends on the season and other circumstances) and each of the queens has certain sets of challenges in order to win the prize of 100,000 dollars and a one year supply of Anastasia Beverly Hills cosmetics. Every episode has a runway with different categories for example: “Eleganza Extravaganza”,  where the queens have to wear elegant outfits. Each week the two queens selected as the bottom two have to “lipsync for their life” in order to stay on the show another week. The queen who doesn’t perform their best in the lipsync is sent home (unless RuPaul decides to bring them back in order to spice up the competition).

Every week there is a runway challenge for the girls and some of them are really specific likes “Boots The House Down” which is that the outfits have to include some sort of boot. Despite these crazy challenges the queens always have a certain outfit for it. But how? Didn’t they just bring random outfits and fabrics that they have? No. The contestants are given a list of vague things they should bring for the challenges before the competition actually starts. This is so they’re ready for the runway.

When showing the runways usually the judges make puns while the girls walk down the runway. Some of these jokes are very funny and it’s weird to see that the queens don’t react to them, they have straight faces. Actually, these runway segments are shot twice. They are shot once with the judge’s reactions and then once with just the queens walking to the music. Eventually, they are edited together to make what we see on TV.

Each season is shot in four weeks

Every week that we see the show the queens say that they worked on the runways every week. This is actually not true, the queens go through their competition days one right after the other. So in reality, these queens are going nonstop and don’t have a weekend to breathe.

At the end of each season, the top four queens have a big lipsync battle in order to see who wins the crown. Although, the queens on their social media seem to be on the edge to see who wins. Wouldn’t they know if the filming is already done? Actually, the queens find out who wins the same time we, the viewers do. What happens is, they film each queen winning and their acceptance speech and make the audience cheer multiple times so that it doesn’t get leaked on social media as to who wins. Then when the actual air date of the winner happens they air the footage of the queen who won.

The “Lipsync for your life” songs

How do the queens know these songs if they aren’t told until they’re actually performing? Before the show starts the queens are given an iPod with all the possible songs they can lipsync to not knowing which one will be used when. These queens have to prepare for anything.

What is real is the quarreling the queens have. They fight a lot because they’re in it to win. The bonds these queens have made is also real. Drag Race alumni always talk about how the queens end up having fun with each other in the workroom and don’t hate each other all the time. The impact this show has also had on many Americans is real. These Drag queens have had the opportunity to share their craft with the world and touch audiences around the globe.